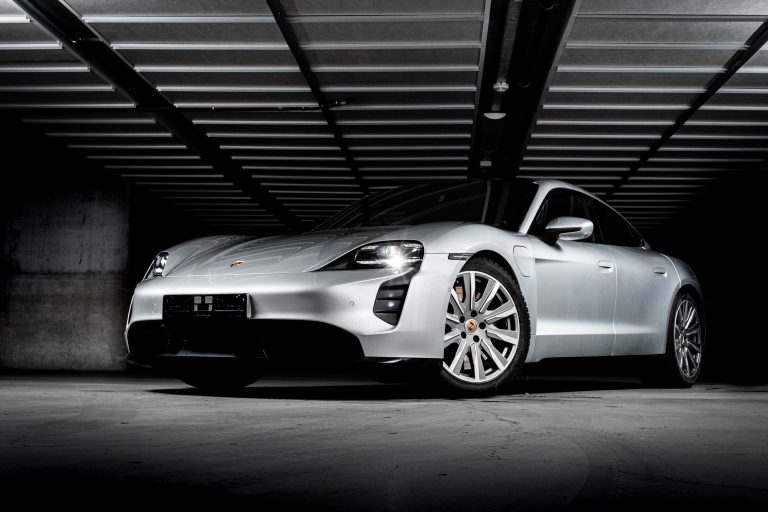 With more awareness of the impact modern life is having on the environment, people are looking for ways in which they can reduce their carbon footprint. Switching to an electric car is one of the most impactful ways you can do this.

Following the government’s announcement that from 2030 the sale of all new petrol and diesel vehicles will be banned, car manufacturers have been working hard to improve the performance of their electric alternatives.

The benefit for consumers is that electric cars are becoming increasingly affordable and more practical, thanks to longer-lasting batteries, faster charging times and around 42,000 charging points across the UK. It also means you now have a lot more choice.

You might be thinking about buying an electric car, but don’t know which one to go for. So we’ve created this guide to help you decide which one is best for you, according to your specific requirements.

What are the best electric cars to buy in 2021?

Nowadays, there’s an electric car to suit every need, from the luxurious and sporty Porsche Taycan, to the nippy little Fiat 500, to more practical, family-friendly options like the Nissan Leaf.

Some of the other best electric cars to buy in 2021 include the Tesla Model 3, Skoda Enyaq iV, Audi E-tron GT, Volkswagen ID.3, Hyundai Ioniq 5 and Polestar 2.

Read on to find out more about these nine models.

Nine of the best electric cars to buy in 2021

Topping the list is Tesla’s most affordable electric car, priced from £41,990.

Living up to the hype it received before its launch, the Model 3 has everything you could ever want from an electric vehicle.

If you thought you couldn’t get far in an electric car without stopping for a recharge, Tesla is here to prove you wrong. Even the entry-level version can go for around 305 miles without needing a recharge, meaning it’s the perfect choice for those who do a lot of long journeys.

A driver-assist Autopilot system makes those trips a doddle – and the impressive technical specifications don’t stop there. Not only does it have keycard access and supercharging, but it’s got a giant touchscreen with in-built streaming services like Netflix and YouTube.

Speaking of fast, second on our list is the Porsche Taycan.

It may weigh 2.2 tonnes, but thanks to its two-speed transmission, its acceleration capabilities are staggering. In 5.4 seconds the standard version can reach speeds of 62 miles-per-hour while upgrading to the Turbo S version means you can do that in just 2.8 seconds.

Other super-car features include high-speed rear-wheel steering, air springs and a head-up display. Thanks to an 800-volt battery system, it can go for up to 240 miles on a single charge and is compatible with super-fast chargers.

Other features include five doors, four seats and an interior with all the luxury you’d expect from the German sports car manufacturer.

It should come as no surprise, then, that Porsche’s first pure electric car comes with a hefty price tag. Starting from just over £72,850 for the base model, prices go up to more than £135,000 for the Turbo S.

You wouldn’t think a Skoda could keep up with a Porsche, but on this list, the Taycan has the Enyaq iV hot on its heels.

With a range from 256 miles for the 62kWh battery (increasing to at least 331 miles if you upgrade to the 82kWh battery), it performs well against its competitors – especially considering its starting price of just over £32,000 for the iV 60 model.

Practical and comfortable, it’s got a smart, roomy interior, featuring artificial leather upholstery and a 13-inch infotainment screen. Plus it’s nice to drive. With the overall widespread appeal, it’s no wonder this is such a popular choice for eco-friendly drivers.

If you’re looking for something more practical than the Porsche Taycan, Audi’s E-tron GT might be a better option.

While it’s in the same price bracket – costing £81,000 for the standard model – it’s got more space for families and superior levels of comfort. It can do nought to 62 in just 4.1 seconds, so it doesn’t lag too far behind the Taycan Turbo S in terms of speed, its battery has a range of up to 298 miles and high-speed charging means you can top up from five to 80 percent in a mere 23 minutes.

Plus, it’s got plenty of in-car tech, with a dual-screen infotainment system that supports Amazon’s Alexa, Apple CarPlay and Android Auto, and it’s as stylish as you’d expect an Audi to be.

The Volkswagen ID.3 is another good choice for families but comes at a much more affordable price of around £30,000.

As well as having an attractive price tag, this Golf-sized hatchback is also attractive to look at. Inside it’s spacious, comfortable and has all the latest tech, with almost everything being controlled by the 10-inch touchscreen.

Its mid-spec 58kWh battery has a realistic range of about 260 miles on a single charge, making it one of the best mid-budget, mid-size pure electric cars available to buy in 2021.

The Ioniq 5 ticks pretty much every box in terms of what you would want from an electric car.

Not only is it spacious, practical and comfortable, but its standard 58kWh battery can go from nought to 62 miles-per-hour in 8.5 seconds and it’s got a minimum range of about 240 miles. Upgrading to the top-spec version with a 73kWh battery will give you an extra 30 miles without having to stop for a recharge and performance is even better as it can do nought to 62 in just 5.2 seconds.

Costing from around £37,000, it would be unfair to do a direct comparison with the Porsche Taycan and Audi E-tron GT, but considering all it can do, it’s a great alternative for those who can’t afford a top-of-the-range electric car.

Volvo’s Polestar might have made this electric car with business people in mind, but we think it’s a great choice for families too.

While it is pricier than the Volkswagen ID.3 (costing around £39,000), it’s worth it when you take into account everything you’re getting.

The company’s first five-door electric car, it’s about practicality rather than showing off and comes with all the safety features Volvo is known for, including a driver assistance system with emergency braking, lane centring and pedestrian detection.

Everything is controlled either by a touchscreen or Google’s voice assistant and its battery can go for around 335 miles (for the long-range single motor version) without needing a recharge.

Nissan first launched the Leaf in an uncompetitive electric car market back in 2010.

In retaliation to other manufacturers – who are fast realising the potential of electric cars – the company has released a newer version of its revolutionary Leaf to prove it’s still a market leader.

It may not be the fanciest of electric cars, but coming in at around £26,000, it’s ideal for drivers who are new to green motoring or those who don’t want to spend too much money.

Improvements on the earlier model include a better entry-level battery – which lets you go for up to 239 miles on a single charge – a more stylish design and in-car tech like driver assistance software, Apple CarPlay and Android Auto support and a one-pedal driving mode.

While it is slightly bigger than its petrol-powered counterpart, ultra-light steering, a tight turning circle and rear parking sensors mean it’s just as easy to manoeuvre and park.

If you do like taking trips out of the city, you can choose to upgrade to the 42kWh ‘Long Range’ battery, which goes for nearly 200 miles without needing a recharge.

Typically Italian, it’s stylish inside and out and is also available in convertible form.

In a bid to reduce global warming, the government is putting pressure on manufacturers to abandon the production of petrol and diesel cars and focus their efforts on electric vehicles instead.

This means motorists looking to reduce their carbon footprint have more choice than ever before. So, whether you’re after a practical and affordable family hatchback, such as the Volkswagen ID.3, or you want to splash out on something more flashy, like the Audi’s E-tron GT, there are now plenty of options for those wanting to replace their petrol or diesel car.

If you’re looking to buy a used electric car, be sure to run it through our car checker. Simply enter the vehicle’s registration number and we’ll give you all the information you need to make an informed decision about whether or not to buy it, such as the car’s MOT history, what mileage it’s done, whether it has any services or repairs coming up, any finance that might be outstanding and whether it’s even been in an accident. Not only will this save you hassle when buying a used car, but you could end up saving money in the long run too.

How much does an electric car cost?

As with most things, the cost of an electric car can vary greatly. The size and specifications of the vehicle, what condition it’s in and where you buy it from are just some of the factors that can affect the price.

To give you an idea, though, electric cars range from as little as £10,995 for the Renault Twizy to a top of the range model like the Porsche Taycan Turbo S, which comes in at around £135,000 before customisations or add-ons.

Traditionally, electric vehicles have had a higher price tag than petrol and diesel cars, however as time goes on, the gap is narrowing.

Their increasing affordability is down to a number of things, including technological advancements and government subsidies. To encourage sales of electric cars, the government introduced a plug-in grant of up to £2,500 off the cost of the vehicle. This isn’t something you need to apply for, though, as the dealer will work the value of the grant into the vehicle’s price. Find out more about the cheapest electric cars to buy in 2021 here.

Are electric cars worth it?

When buying an electric car, it’s important to think beyond the upfront price of the vehicle, as you’ll be saving money in the long run.

For example, battery-powered cars are cheaper to run, so you won’t have to worry about extortionate petrol and diesel costs. It’s also worth bearing in mind that you won’t have to pay road tax and you’ll be exempt from paying the London Congestion Charge.

There are many other benefits of switching to an electric car. These include:

PrevPreviousWhat are the best long-range electric cars in the UK?
NextVolvo Electric CarsNext