Cheapest electric car to buy in 2021 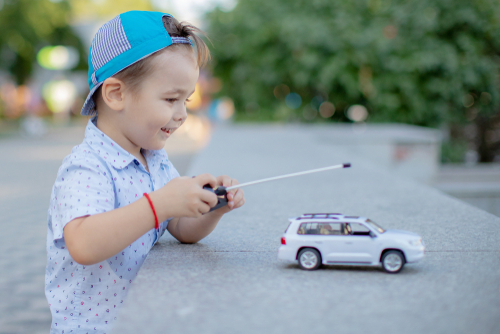 Electric cars – in some form or another – have been around since the 1890s. But it wasn’t until the 1990s that manufacturers started building the type of modern electric car you see on the road today.

Fast forward to 2021 and there are now at least 300,000 electric cars on UK roads (double that if you include plug-in hybrids) – proof that the electric vehicle market has been growing rapidly in recent years.

It was a slow start though, mainly because of the affordability factor. When Nissan introduced its original ‘Leaf’ back in 2010, it cost £10,000 more than its Ford Focus counterpart.

However, prices are becoming increasingly competitive, plus the government’s Plug-in Car Grant makes electric cars an even more affordable alternative to their diesel and petrol engine cousins.

What is the cheapest electric car to buy in 2021?

Some of the cheapest electric cars on the market today are the VW e-Up!, both the Smart EQ fortwo and forfour, the Fiat 500e and MINI’s electric version of its classic hatchback model.

Many other electric cars come in at less than £30,000, including the MG 5 EV, Nissan Leaf, Peugeot’s e-208 and the MG ZS EV, meaning it’s now possible for the average motorist to drive a green vehicle.

Read on for more information on nine of the cheapest electric cars that are currently available to buy.

What are the nine most affordable electric cars?

Available for as little as £16,000, the VW e-Up is our favourite cheap electric car.

Originally launched in 2013 as the electric version of the Up!, it now has an improved battery and motor, thanks to a revamp last year.

Its increased battery size means it now has a range of around 160 miles and boasts rapid charging of up to 80 percent in an hour at 40kW from a CCS plug. It also comes with the option to add on a 7.2kW AC wallbox to decrease charging time at home from 16 hours using a standard three-pin plug to just four hours.

A cute little city car with a smart interior, it makes for a great first electric vehicle, plus it has strong residual values, meaning you’ll lose less money than you normally would when the time comes to sell it.

Considering how economical the petrol and diesel Smart Cars are, it should come as no surprise that they’ve nailed the electric version too.

You can get behind the wheel of this fun little two-seater from £19,200, which is, again, a great introduction to driving electric cars. For added enjoyment, it comes in convertible form, costing an extra £5,000.

Despite an improved suspension to make for a more comfortable journey, it’s best suited to those living in urban areas, as it can only manage a top speed of 81 miles per hour and has a range of around 75 miles.

That can be forgiven, though, when you learn of its ability to do nought to 62 miles per hour in just 11.6 seconds and three-hour charge time to 80 percent from a home wallbox.

Mercedes have done it again, coming in at third on our cheapest electric car to buy in 2021 list.

Costing about £19,795, it’s £600 more expensive than its sibling, however when you consider the extra seats and additional space, it’s well worth spending a few hundred pounds more.

While the forfour can carry two extra passengers, it’s still a compact vehicle that’s made for nipping around cities. With two rear doors, it feels more substantial inside, however the 185-litre boot won’t carry much luggage.

Again, with a range of around 75 miles, you won’t get far on a long journey without stopping, but a 22kW on-board charger means the 17kWh battery can be charged to 80 percent in around forty minutes.

If it’s an economical runaround you’re after, this electric car is ideal.

Another nippy city car, the Fiat 500e arrived in the UK earlier this year, making it the newest electric vehicle on this list.

Costing from £19,995 for the entry level model, it can go for 115 miles on a single charge, however you can upgrade to a 42kWh battery that’s capable of doing up to 199 miles without stopping. It’ll cost about £3,500 more, however you do get a more powerful motor and faster charging.

Beautifully designed, you’d be hard-pushed to find someone who isn’t a fan of this little car, especially considering it comes in both hatchback and convertible form.

We couldn’t write this list without including the iconic MINI.

It’s got all the features you’d expect a MINI to have, including the renowned ‘go-kart’ handling, despite being heavier than the combustion engine version. In fact, it’s able to go from nought to 62 miles per hour in 7.3 seconds, making for an extremely fast drive, considering.

Its stylish, signature image makes it a popular choice for electric car drivers.

The first of two MGs on this list, the MG5 EV originally went on sale in the UK in 2020, however a new version has been released since then, with improved battery life.

A five-door estate car, it’s unrivalled in the UK for how much it costs. Features of the entry level Excite model include alloy wheels, keyless entry, rear parking sensors, push-button start and an eight-inch screen that supports Apple CarPlay and Android Auto, while Exclusive models can be upgraded for £2,500 to include heated front seats, six-way electric driver seat adjustment, leather-effect trim and a sat-nav.

Charging to 80 percent takes as little as 40 minutes and it comes with a whopping seven-year warranty.

Paving the way for the electric vehicle market we see today, Nissan launched the original Leaf way back in 2010. Priced from £25,995 it’s now much more affordable than it was then, and with 500,000 of them on the road, there’s clearly a high demand for this innovative electric car.

Perhaps its appeal comes from being tried and tested for a good number of years, but the large 62kWh battery pack, 175-mile range (unless it’s particularly cold, in which case this number will be significantly lower) and spacious, comfortable interior are big draws too.

Upgrading to the Nissan Leaf e+ will get you more power and increased range, with a bigger battery lasting up to 239 miles until it needs to be recharged.

Great for both city driving and longer journeys, it’s got a range of approximately 217 miles and the 50kWh battery’s rapid charging capabilities mean it can get to 80 percent in as little as 30 minutes.

Add to that the solid feel, stylish design of both the interior and exterior and great handling, and you can see why this is one of the most popular electric cars in the UK.

Who says you can’t get an electric SUV (Sports Utility Vehicle) for less than £30,000? With a price-tag of £26,095, the second of the two MGs to make it onto our cheapest electric car to buy in 2021 list is the UK’s most affordable electric SUV – costing about the same as its combustion-engined rivals.

Boasting rapid charging, this electric car’s battery can reach 80 percent in 40 minutes and goes for around 150 miles without needing a recharge.

Spacious yet unintimidating, it comes with safety features like blind-spot detection, cruise control and autonomous emergency braking, as well as keyless entry, a satnav and screen that supports Apple CarPlay.

MG have again added a seven-year warranty, for added peace of mind.

What are the benefits of having an electric car?

One of the main reasons why people are choosing to drive electric vehicles is because they want to lower their carbon footprint. Electric cars have less of an impact on the environment, because they don’t need to burn harmful fossil fuels to run.

Though they may be more expensive than traditional vehicles to buy upfront, owning an electric car is actually cheaper in the long-run, as you’ll save money on diesel and petrol costs.

What’s more, you won’t have to pay Vehicle Excise Duty (VED) or the London Congestion Charge.

You’ll be ahead of the game with an electric car

Last year, the government announced that from 2030, no new petrol or diesel-powered cars will be allowed to be sold. As an incentive, the government is currently offering buyers up to £2,500 towards the cost of an electric vehicle that’s priced under £35,000.

Traditional combustion engines have hundreds of moving parts, whereas electric motors have less than 20. This means there’s less potential for things to go wrong, so you can avoid costly repairs.

Manufacturers are now piling their efforts into improving the performance of electric cars. Consequently, technology is rapidly developing to extend the distance electric cars can travel between recharges. And the increasing popularity of electric vehicles means more charging points.

A lack of engine means electric cars are also generally lighter than their traditional counterparts, so their acceleration capabilities makes them more fun to drive.

If you are wondering how do electric cars compare to other used cars or leased cars we have good news! Car Guide is soon launching a new comparison tool which will make it easier to understand what each option is going to cost you or to choose the cheapest electric car.

What are the benefits of electric cars?

How far can electric cars go?

Current electric vehicles travel on average about 250 miles on a charge, though there are some, such as Teslas, that can do about 350 miles on a charge. With the constantly improving technology, manufacturer are producing electric cars with longer range and even faster charging.

PrevPreviousThe Benefits of Electric Vehicles for Business Owners
NextWhat are the best long-range electric cars in the UK?Next 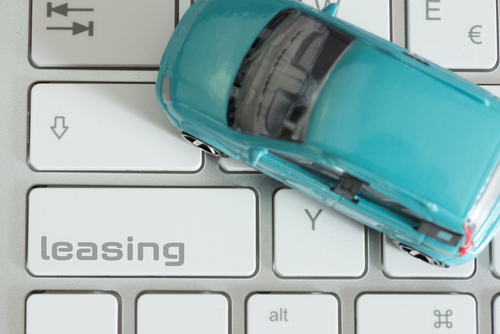 Buying a brand new car is a huge financial investment and it’s an expense that immediately depreciates in value. But if