The BMW 3 Series is the most popular BMW car produced by the German vehicle manufacturers and accounts for almost a third of their total annual sales. The most recent generation was unveiled in 2018 and is the seventh release in the series.

Despite its popularity, a new model in the 3 Series remains an expensive purchase. However, people who wish to drive cars in this range but cannot afford to do so can choose to lease their vehicle instead.

Leasing is a method of temporarily owning a car before returning it to a dealer and (sometimes) upgrading to a new one. It is currently estimated that around 5 million cars on UK roads are on lease deals.

We are going to take a look at the BMW 3 Series and some of the lease deals you can find on this range.

Leasing a BMW 3 Series model is an affordable way of driving one of the best-loved cars in the world. You can friend great lease deals directly from BMW and on LeaseLoco, the UK’s biggest lease comparison site.

Models in the BMW 3 Series start at around £33,000, so leasing is an attractive option for many people who want to drive the vehicle but don’t have the money to buy it outright. There are seven generations of the 3 Series, with three different models in the most recent generation.

What is car leasing?

A car lease is a long term hire deal on a car. Sometimes known as personal contract hire, car leasing is a form of car finance deal.

Leasing companies usually offer breakdown cover and include the cost of road tax in the monthly payments.

Car lease contracts usually last between one and five years and the monthly payments do not change within this time frame.

Leasing is cheaper than buying a car outright and allows people to drive top-quality cars that they wouldn’t otherwise be able to afford. It also means that you do not have your money invested in a depreciating asset. For example, if you bought a car for £20,000, you may sell it for less than £10,000 just a few years later. You would then have to put in more than £10,000 to buy a new car of similar quality. Leasing takes the financial burden away from the driver and affords more freedom to change cars on a regular basis.

The BMW 3 Series is a range of compact executive cars that have been produced since May 1975. There are currently seven generations, with the most recent having been released in 2018. The BMW 3 Series is BMW’s most popular car and accounts for around 30% of its total annual sales.

The latest generation has a Saloon model, a Touring model, and a performance model (M3). Both the Saloon and the Touring come in SE and Sport variations.

So let’s now take a closer look at some of the different models in the 3 series. We have also included the retail price to give an idea of how much the lease would be.

The BMW 3 Series Saloon model, also known as the G20, was released in the spring of 2018. When compared to its predecessor, it has longer dimensions, an improved streamlined design, and more weight-saving components. It also has assistance systems that allow the vehicle to be driven semi-autonomously, as well as voice control. The Sport Saloon performance version goes from 0 to 62 mph in 5.9 seconds.

The entry levels SE Saloon model retails at around £33,250.

The BMW 3 Series Touring model, also known as the G21, was released at the same time as the G20. A year later, the G21 also became available as a hybrid model, known as the BMW 330e. The Sport Touring model hits 62 mph from standing in just 6 seconds.

The BMW M3 model is the high-performance version in the 3 Series. It has an impressive horsepower of 510 and is equipped with optional all-wheel drive, 8 speed Steptronic gears, front sports seats, and sport suspension.

Where to find lease deals on BMW 3 Series models

BMW have a smaller range of lease offers on their cars, but it is always a good idea to check any deals you can get direct from the manufacturer. BMW deals start at around £469 per month (inc. VAT) for a four year deal on a Saloon. At the other end of the spectrum, you can find a four-year deal for around £1,024 per month (inc. VAT) for an M3 model.

How can Car Guide help you to find great lease deals?

Once you know what you are looking for, you can use CarGuide’s tools to help you find great lease deals on BMW 3 Series cars.

You can use CarGuide’s Car Switcher to help you find an alternative model to the car you are looking to buy. The Car Switcher searches alternative deals and cars from our partners so that you get both the best lease deal and the best car for your money.

You can also use CarGuide’s MOT Checker to find out the full history of a used car. It is far less common to lease used cars, but it is still possible. To use the MOT Checker you simply enter the car’s registration into the search box and it will tell you:

Why is the BMW 3 Series so popular?
The BMW 3 Series is the highest-selling BMW Series in the manufacturer’s history and many experts regard it to be among the best BMWs ever made. Although BMW makes super-luxury cars for far more money, the 3 Series is commended for being a car for all seasons. It is high performing but does not carry the huge price tag of many performance vehicles. Cars in the BMW 3 Series have fantastic braking, precise cornering, rear-wheel drive, and come in manual and automatic. They also have both petrol and diesel options. There are few cars in the world today that tick so many boxes. Find out more here.
Would leasing a car work for you?
A car lease deal is a good option for people who regularly change their car (within a five year period, say). If you frequently change vehicles, it is likely that you will lose money every time you do so. This is because cars very quickly depreciate in value once they are no longer new. Leasing allows you to drive a new car, free from the worry of losing money when you want to upgrade. So leasing is also great for drivers who want flexibility. You do not have to commit to a car long term and you can change and upgrade your vehicle every few years. Leasing also means that you can drive new, luxurious cars that you would otherwise be unable to afford. So it is a great option for people who enjoy the luxury of a brand new BMW but do not have the money to pay for one in full. Find out more here.
Previous
Next 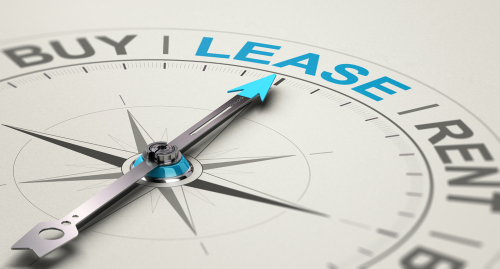 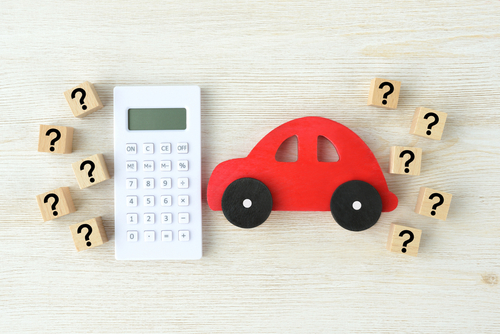 Company cars have long been, and remain, a great employee benefit and an incentive to attract top talent to your business.