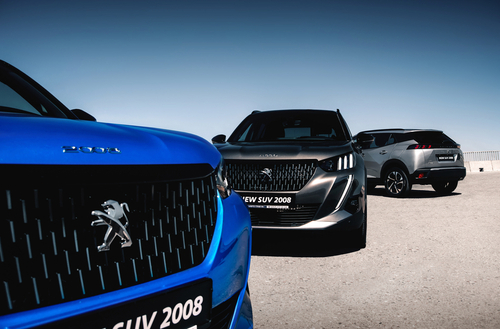 Peugeot are certainly one of the most popular brands in the UK and across much of Europe. They produce a wide range of car types from small SUVs to small city cars and from MPVs to family estates. They have also produced some classics along the way too with he legendary 206 GTi becoming a very sought after car these days among a few others from the marque too.

As with some other car companies they didn’t start out making cars. Peugeot was formed in 1810 and originally made hand tools and kitchen items. But after creating the now famous lion logo in 1858 the brand produced the first car in 1889. After that they began producing more cars and played an important role in early motorsport. By the early 1900s Peugeot was producing 2, 4 and 6 cylinder vehicles.

Fast forward to the 1980s and along came the 205. Widley credited as really putting Peugeot back on the map after 2 world wars and some years in the wilderness. From then on the brand have made a fairly consistent range of popular cars from the 306 to the 206 as well as th3 405 and may more since. The brand actually bought Citroen in the 70s so the parent company that makes both brands is known as PSA.

These days Peugeot still make lots of popular cars but are they reliable? There have been many long standing jokes in the motoring industry about French cars being unreliable. They have certainly been known to have a few electrical issues in the past. But French cars were at one point viewed as being a little strange in the UK market. Brands like Citroen were always pushing the design boundaries and British buyers weren’t always keen on the results. As technology moved on the old jokes may not really stand anymore but as with all brands, Peugeot’s do have their common faults and here is a run down of some it is worth looking out for.

As with most car makes the common problems can often centre around certain cars. Some brands like BMW can have issues the appear across the ranges too. Below is a list of various model related problems. When buying any second had car it always worth doing your research as there are always some common points to check out.

The Peugeot HDI engine is used in a wide variety of models over a long period of time. It is, generally, a great engine. However, it isn’t without its problems and turbo failure is one of them. This is not a small issue and can be very expensive to repair. As a general point the HDI engine isn’t considered the most clean. It produces a lot of soot in the engine. It is this carbon build up that causes all the issues. The oil pipes that keep the turbo lubricated can clog up with soot and turbo is going to be in trouble.
The second issue is a little more complex but essentially the turbine in the turbo is held on by a self tightening screw. The turbine needs to spin properly to keep this nut tight. When the turbine gets blocked up with soot it can’t turn properly. It only takes a small amount of vibration from driving for it to fall off!

There are two known issues with these engines that are worth knowing about.

It has been cited that the service intervals are too long and issues can occur in the time in between. The engines run quite hot and as a result can produce issues with the oil making it thick and congeals. Because it gets too thick it can lead to issues like oil pumps breaking, turbos not getting enough oil and even full engine problems. Changing oil more often can help a lot with this.

The second common issue is with the diesel injectors leaking. The copper seals in the injectors fail and the fuel starts leaking out which causes gunk and mess all over the system and can lead to failure and firing issues. The injectors on a range of Peugeot diesel engines can also seize in the engine and can be very hard to remove. In some cases mechanics are unable to get them out.

The central locking system on a 206 can be prone to locking immediately after opening. This can mean the keys can get locked inside which causes a lot of issues especially if kids are inside. It is down to the actuator which has a habit of going wrong. It isn’t a very expensive fix but can be a real pain.

A simple issue where the stalk for the indicator is famously thin and brittle. They are known for breaking off which can obviously be quite inconvenient. Once again, not an expensive fix but poor quality materials are not what you want from a car you have just bought.

A very well known common fault with the 206 is the front lower ball joint. This is part of the suspension. You may hear clunking noises come from the front or the car may pull to one side. The issues comes from simple wearing of the joint. However, the wearing is because of poor materials and it happens far more than it should do.

This is an odd one because Peugeot don’t know what causes it or how to fix it. The sunroof in the 206 seems to develop rattling and knocking noises for no reason and they can be very annoying. While it isn’t a mechanical issue it also isn’t something that can be fixed!

Another common fault that is particularly prevalent in the 1.4 model. The engine mounts come lose and wear which leads to a juddering engine. If left alone this can get quite bad and affect the engine itself.

There are a range of issues common in the 207. Generally it starts with ABS and power steering warning lights but there are issues with eh speedo too. It has also been known for the ECU to have an issue too or even fail.

The 208 does not score well in reliability tests and is known for quite a wide range of issues. One such issue is once again the electrics. Most of these problems are non-specific and intermittent which makes them very annoying and hard to diagnose and repair.

The touch screen in the 208 is not known for being very easy or pleasant to use but on top of that it had a growing reputation for freezing and in some cases just failing. This means nothing works in terms of nav, media or the radio! In some cases this has lead to a replacement system, some people have reported getting away with a reset which is far simpler.

The 3008 is certainly a useful and popular car but there have been a number of complaints about issues with build quality and other issues. Once again the diesel injectors seem to be a problem and very expensive to replace. However, electrical issues are also very common, they can be intermittent and non-specific which makes it very hard to diagnose and fix. Many people also report heating and ventilation issues including heaters not working or not blowing hot air…not ideal in the winter.

The electric handbrake system has been known to fail on the 5008. If buying a used car make sure you test it a few times. It is thought this is generally down to corrosion and the metal parts sticking together, this gives a warning light on the dashboard.

Well, in general yes, as a brand Peugeot is considered generally reliable these days. However, they are still plagued with the classic French electrical problems of the 80s and 90s as well as a range of other snags and larger problems. Very few car brands are without some issues so it is somewhat par for the course. As a brand Peugeot work very hard to push a reliability angle in terms of press and PR and for a lot of people it is about perception. Some people can be very vocal about how reliable their car is and they may have just been very lucky. There is a possible concern as we move to electric cars that a brand has a history of electrical issues but sometimes history is hard to expunge.

Here at Car Guide we are passionate about helping you get the right car so make sure you use our car checking service before going to look at any used Peugeots. We are also keen you find the best way to buy a car and will soon be launching a comparison service where you can view the different options like PCP and Leasing to see what’s best for you.