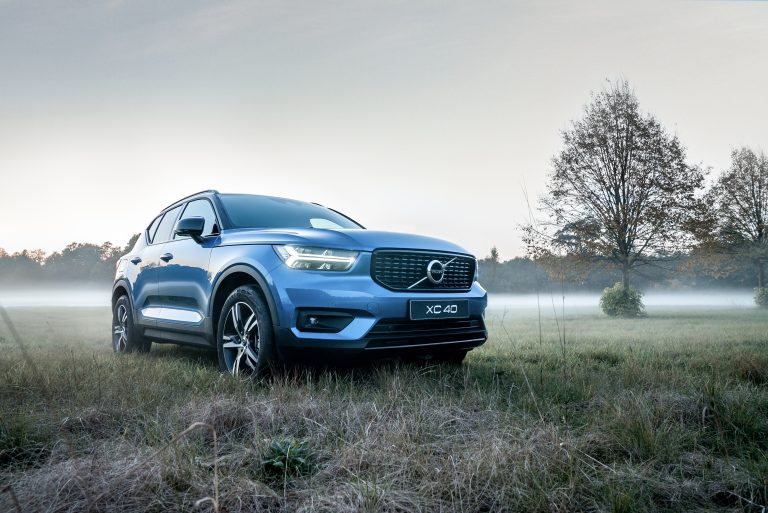 Volvo has a goal: To become a fully electric car company by 2030. By 2025, the Swedish carmaker wants half of its sales to be generated from electric cars and it is well on the way, judging by the growing range of electric vehicles it is introducing to the market.

‘Safe’, ‘secure’ and ‘reliable’ are just some of the words you might associate with Volvo, but the company is also at the forefront of electric vehicle innovation. It knows that drivers want longer ranges and faster charging times from their electric cars and it is continuously developing its technology to improve both.

The result is that Volvo now has some fantastic electric vehicles available on the market – and they’re becoming increasingly accessible to the everyday driver. For those who don’t want to buy outright, Volvo offers two types of car subscription, as well as the option to lease.

In this article, we’ll look at the different models, talk about Volvo’s ethos and give an idea of what you can expect from the manufacturer in the future.

What models of electric car does Volvo sell?

Volvo currently has two pure electric cars that are available to buy or lease: The XC40 Recharge and the C40 Recharge. Both vehicles can be customised to suit your taste, with the option to choose your own colour, interior and optional retractable towbar.

The two models are about the same for estimated maximum driving range (259 to 275 miles on a full charge) and according to Volvo, you can charge your vehicle 10 to 80 percent in around 37 minutes when using DC fast charging (150kW). If you’re charging your electric car at home with 11kW AC fast charging, then it will likely take 8-10 hours to reach a full charge.

Read on for a more detailed description of each of the two models.

The XC40 Recharge is a fully electric SUV that is powered by a 78kWh battery pack that feeds two electric motors. They deliver a whopping 402bhp, which means you can hit 0-62mph in under five seconds.

As you might expect from an electric vehicle, the ride is both quiet and smooth. The XC40 is primarily designed for city life but that doesn’t mean you are restricted to just travelling on city streets or country lanes; the car is four-wheel drive courtesy of the front and rear axles being controlled by separate motors, so it’s certainly capable of going off-road.

The large infotainment system is Android-based and is equipped with Google Maps, Google Play and Google Assistant, so you can access and use the apps and features simply by voice-control. Sensors and four cameras fitted at the front and rear of the car also give you 360° view to help with manoeuvring in and out of tight spaces.

To buy outright, prices start from £48,300, however there are lease and subscription options too. We’ll go into this in more detail later.

The C40 Recharge shares a lot of similarities with the XC40, but Volvo has decided to jazz things up a bit with the design. The shape is actually more of a coupe SUV, with its panoramic curved roof and ever so slightly lower ride height. The power output is the same as the XC40: A 75kWh lithium-ion battery and two electric motors deliver 402bhp.

Volvo’s commitment to sustainability is further evidenced when you look inside. The interior is completely leather free, with Volvo instead offering customers a choice of two upholsteries: One made of renewable wool fibres and the second, Nordico, made of recycled plastic materials.

Fitted as standard is a large touchscreen Android-based infotainment system that is equipped with Google Maps, Google Play and Google Assistant, which means you can control it without having to connect your smartphone. Other available features include a Harman Kardon premium audio system, Pixel LED lighting and 360° parking cameras and sensors.

Buying a brand new C40 will set you back £57,400, but again there are lease and subscription options, which we’ll discuss further down the article.

The Volvo ethos to a sustainable automotive future

Volvo claims to be one of the world’s most progressive car brands, aiming to become a climate neutral company by 2040.

In October 2019, it launched an ambitious action plan which aims to reduce the carbon footprint per average car by 40 percent before 2025.

The company has promised to disclose the carbon footprint of all new models, and has already published a report on the XC40 Recharge, comparing it to that of an XC40 with an internal combustion engine.

Back when the XC40 was launched, Volvo boss Hakan Samuelsson spoke about the ways in which the company was striving to reduce its CO2 output. These include the development of more electric cars, using renewable energy in factories and using recyclable batteries.

On its website, Volvo places great emphasis on its commitment to making high quality cars – now and in the future.

As well as embracing technological advances – by developing self-driving cars, for example – it reassures customers that with any Volvo they buy, they’ll be getting a safe and reliable car, made from the best materials.

Market reaction to the Volvo C40 and XC40

Press reaction to both the Volvo C40 and XC40 has generally been good, with Top Gear calling the C40 a good-looking electric SUV and What Car praising its leather-free interior. It has, however, been criticised for its price.

The XC40, meanwhile, was named ‘Car of the Year’ by What Car and Top Gear admires its style, comfort, and practicality. XC40 owners agree, rating it 94 percent for comfort and 92 percent for practicality.

A market leader in the electric car industry, Volvo has announced that every new car launched from 2019 will have an electric motor. A new fully electric car will follow the XC40 Recharge every year for the next five years, made by both Volvo and its offshoot brand, Polestar.

The company’s aim is for all-electric cars to make up 50 percent of its global sales by 2025, with the rest coming from hybrids.

Regarding the C40 and XC40, Volvo plans to release ongoing over-the-air updates that will improve a variety of features and performance, including the maximum driving range.

Included in your subscription are service and maintenance, vehicle tax, MOT inspection and wear and tear cover. If your vehicle requires any repairs or maintenance work, Volvo will provide a replacement vehicle or collect and return your car for you. Also included is 24/7 roadside assistance, which you can access simply by pressing the Volvo On Call button in your car.

The C40 costs from £679 a month, while the XC40 Recharge costs from £589 a month, however the exact price of a Volvo electric car subscription depends on whether you opt for a flexible or fixed subscription. What you see, however, is the price you pay. There are no hidden costs or a deposit required.

If you want your car longer-term, leasing might be a better option. You usually have to pay a deposit, however, your monthly payments are likely to be much lower.

In November 2020, the government announced that it was banning the sale of all new petrol and diesel vehicles from 2030. This means that car companies are having to focus their efforts on producing electric cars instead – and Volvo is one of the manufacturers that’s leading the way.

The Swedish company recognises that consumers are becoming increasingly aware of their carbon footprint and the impact they’re having on the environment, so it’s working hard to release a range of new cars, with the aim of becoming fully electric by 2030.

Should I lease, subscribe or buy an electric car?
If you want to own a Volvo electric car, you can either lease, subscribe or buy one. Which is the best way comes down to personal preference and your own personal circumstances. Buying upfront can be costly, especially if you purchase a brand new electric car. However, Car Guide can give you all the information you need to know about a used one – which could save you money in the long-run. The information we’ll provide you with includes the car’s MOT history, whether it has any services or repairs coming up, how many miles it’s done, if there’s any outstanding finance and whether it’s even been written off. If you only want the vehicle for a specific amount of time, then leasing or subscribing could be the way to go, however, you usually have to pay a deposit on a lease.
What are the benefits of driving an electric car?
Some of the benefits of driving an electric car include the following: Find out more here.
Previous
Next